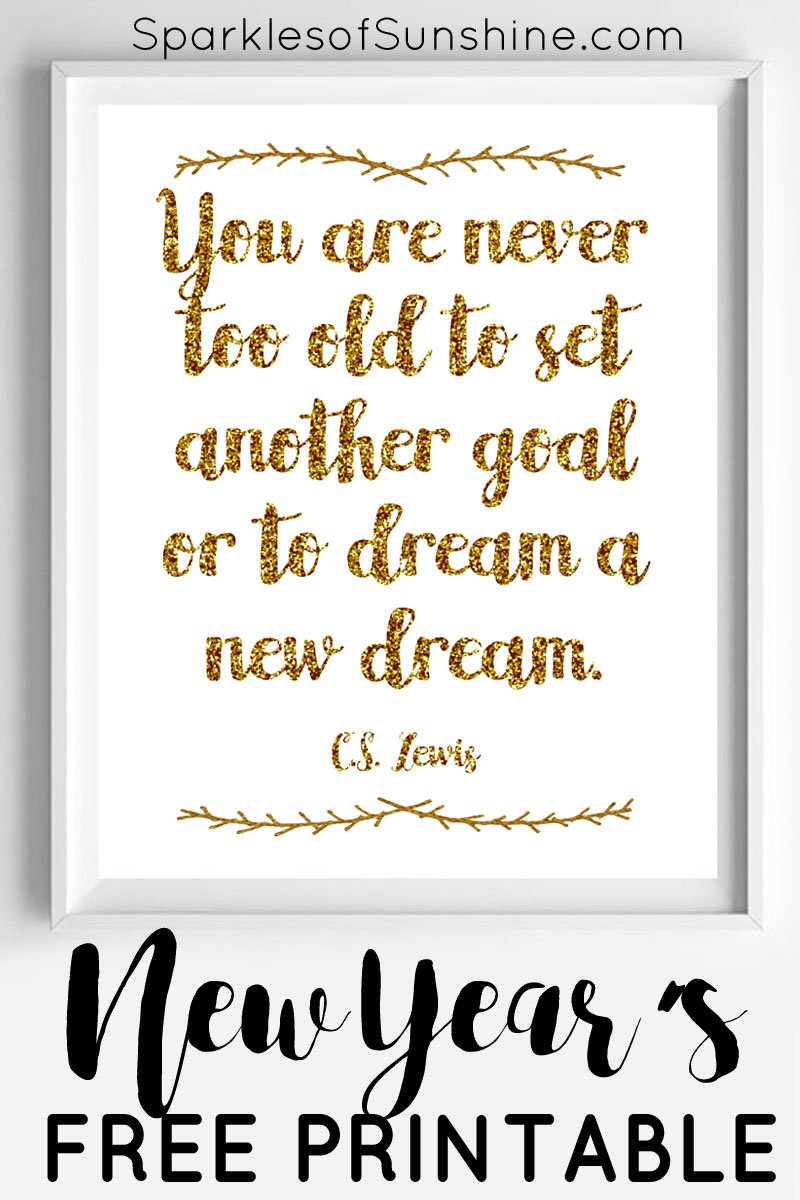 With 2017 just around the corner, I’ve been spending a lot of time reviewing my goals from last year so I can start setting new ones. I love the start of a new year. A clean slate, a fresh start, and new opportunities. Sound good to you? Me, too!

With each passing year I get older and older and sometimes negativity starts creeping into my mind…”You’re too old to make this happen.” Have you ever had those thoughts? If not, you’re probably just too young and one day you will. But today I have some encouragement for you. Just a few facts to inspire you when you sit down for goal setting as the new year approaches.

Vera Wang didn’t enter the fashion industry until she was 40 years old.

Henry Ford was 45 years when he created the Model T car.

Rodney Dangerfield caught his big break at age 46 when he appeared on The Ed Sullivan Show.

Laura Ingalls Wilder was first published at age 65 and her books became literary classics, not to mention one of my favorite TV shows. 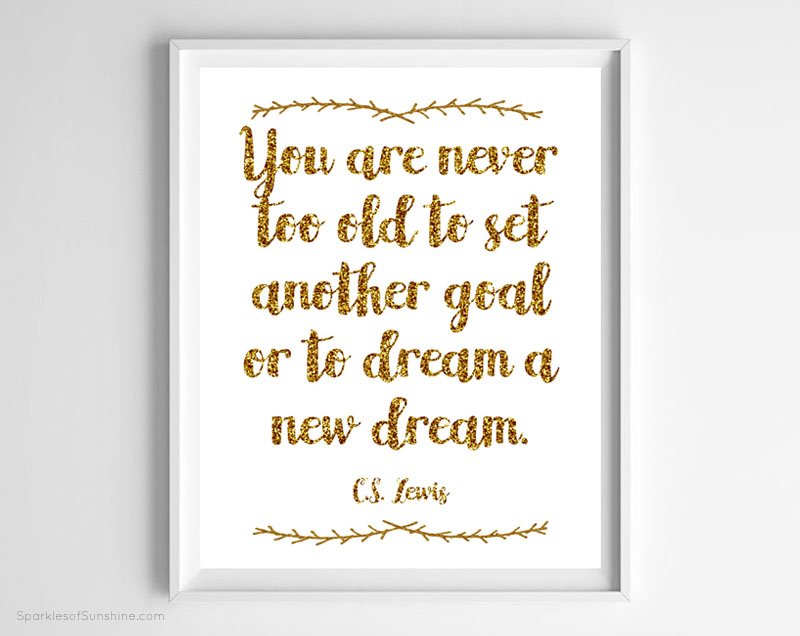 What is YOUR dream? You know, that dream you keep to yourself because you think it’s impossible and will never happen? It’s time to bring it to the surface. You see, “You are never too old to set another goal or to dream a new dream.” C.S Lewis said it plainly, and I believe it.  Whatever dream is hidden in your heart, believe you can achieve it and make it happen in 2017. It’s not too late! Print out the free printable below and put it somewhere to remind you that it’s not too late. 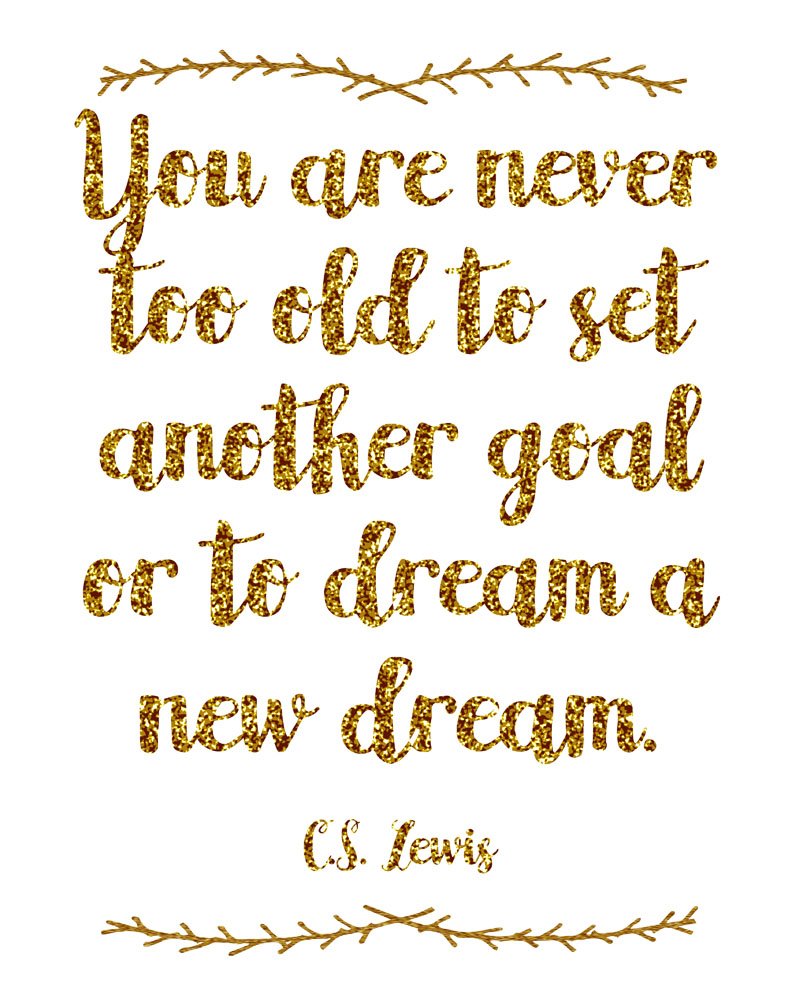