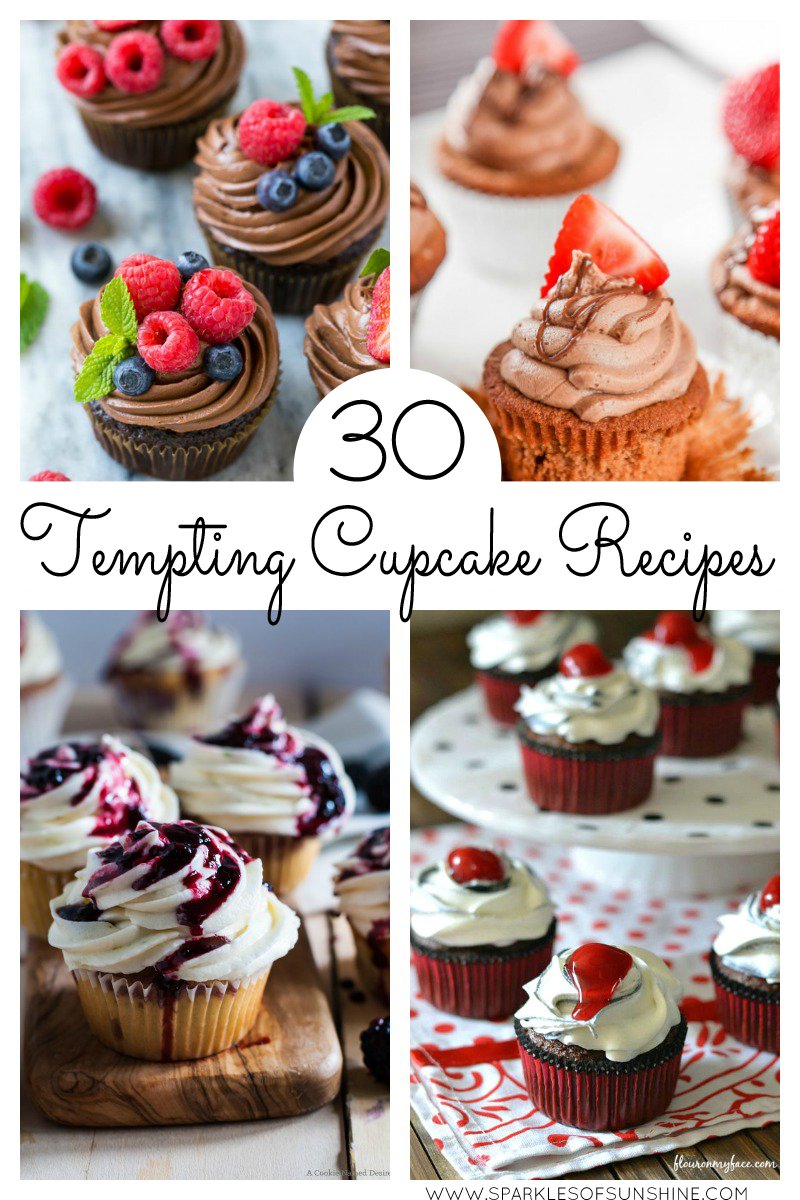 If you’ve got a sweet tooth like me, today’s round up of thirty tempting cupcake recipes is going to be a pure delight.  Whether you’re a chocolate fan, a lemon lover, or if you go crazy for strawberry, today I’ve got you covered! This collection of delicious cupcake recipes from a very talented group of bloggers is going to leave you drooling and rushing to the kitchen pantry to make a batch for yourself. I won’t even tell on you if you decide not to share with the family. Yes, these cupcakes are really that good! Now let’s take a look at these tasty beauties.

Red Velvet Cupcakes in a Jar

So, which cupcake recipe will it be? Red velvet, chocolate or caramel? There are so many delicious cupcakes to try, it’s going to be a hard choice to make! Maybe you could try one every day for a month and then pick your favorite??? It’s just a suggestion, but I think a very good one. Enjoy these tasty cupcake recipes and when you do decide which is your favorite, be sure to stop back by and let me know.