Welcome on the June Edition of The Guys Behind the Blog! It’s time to put Errik, the guy behind Sparkles of Sunshine, in the hotseat to find out what’s ticking in that brain of his. 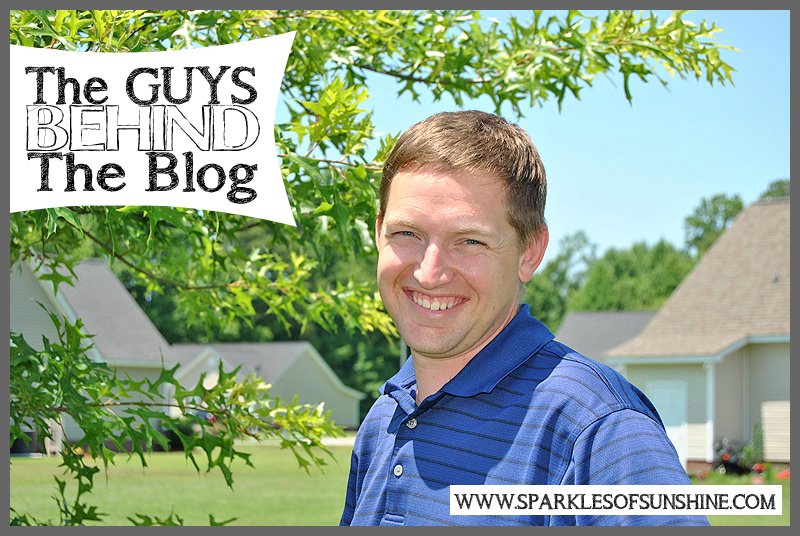 What’s the best vacation you’ve ever been on?

Errik: Oh no, not again! OK, I don’t know..the last one was pretty cool, but I guess it would be when I went to Europe after high school. I went as a part of the Student Ambassador Program. We stayed in France, Germany, Switzerland and Spain and saw a lot of cool stuff. I even stayed with a French family for a few days in France. We went to Barcelona and saw where the Olympic Games were held. It was pretty neat.

If you could go anywhere in the world on vacation, where would you go?

Errik: Um, I don’t know. New York City. I’ve never been so that would be pretty neat.

Christie: What do you want to see?

Errik: I want to see the Statue of Liberty, Times Square and I wanna see….(trailing off)

Errik: I dunno, what else is in NYC? A bunch of murders and rapists I suppose, but I don’t really want to see that. Maybe I don’t want to go there after all??

Are there any summer traditions that you have or would like to start? (think things like big picnics, summer activities, bonfires, or day trips!)

Errik: I’d like to take a Friday off each summer to play disc golf.

Errik: Yeah, but I play the same course each week. I’d like to go to different ones.

The 4th of July is coming up…what’s a must-have picnic or BBQ food for you?

Errik: Burgers on the grill are delicious. I like watching fireworks. It has nothing to do with food, but it’s Fourth of July.

Think about your ideal vacation…are you in a cozy cabin, camping in a tent, or hanging in a hotel?

Errik: I thought we were done with vacation questions?

Errik: Cabin, just because we haven’t been in one. Ever.

Alright, that’s all Errik has to say for this month! He didn’t do too bad, although I must say that I’m slightly disappointed his new summer tradition has absolutely nothing to do with me…we will have a talk about that later…

So, what will Errik reveal next month? You’ll have to come back to find out…stay tuned!