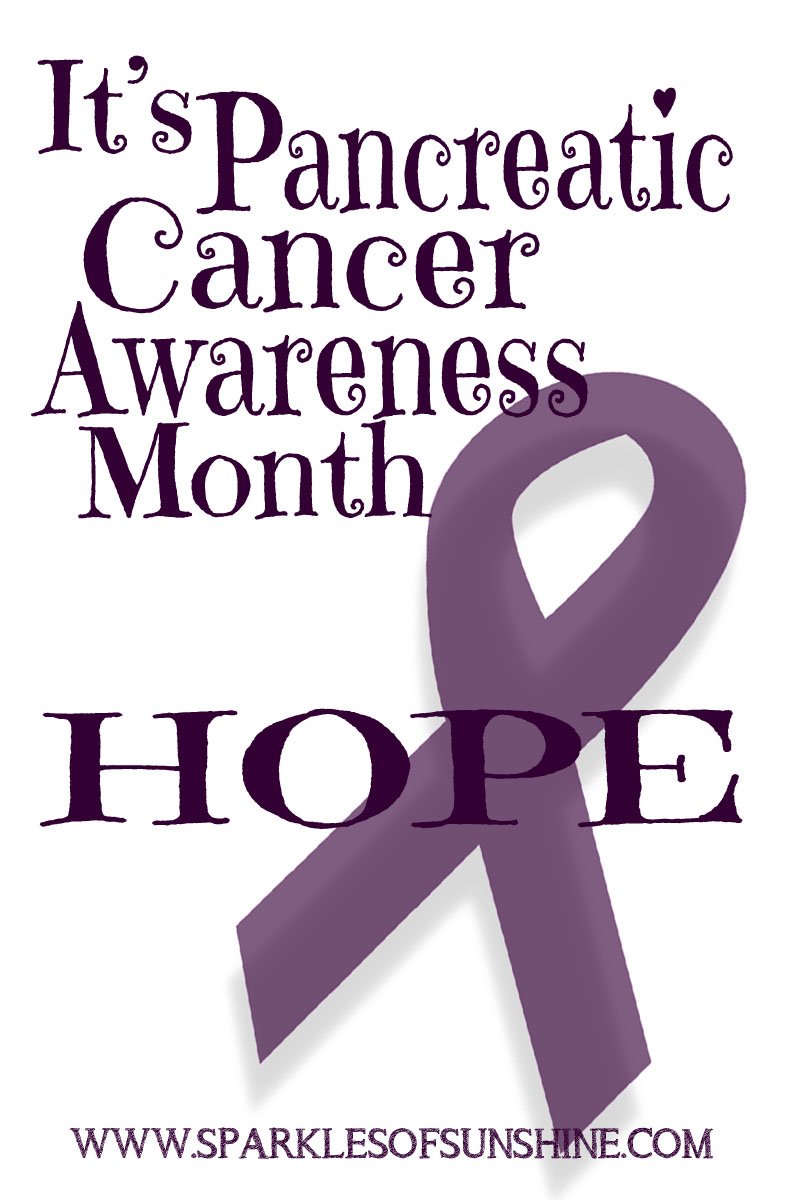 What did you think of when you saw this purple ribbon?  Some people may recognize it as the ribbon used at Relay for Life events.  Other see it as the call for Domestic Violence Awareness, or maybe even Alzheimer’s Awareness.  But when I see this purple ribbon, it reminds me of my grandmother and her fight with pancreatic cancer.  You see, November is Pancreatic Cancer Awareness Month, and the purple ribbon is also used to spread knowledge about this dreadful disease.

Pancreatic cancer is the fourth leading cause of cancer deaths in the United States.  In 2014, it is estimated that there will be 46,420 new cases of pancreas cancer and an estimated 39,590 people will die of this disease.  This makes the 5 year survival rate for patients diagnosed with pancreatic cancer only 6.7%.  Most patients die within 5 months of their diagnosis.  This is mostly due to the fact that it’s hard to find since the pancreas is hidden behind other organs.  Often once a tumor is found, the cancer has already spread, making the cancer difficult to treat.

Such was the case with my grandmother.  What started as a routine hospital procedure nearly 12 years ago, resulted in the doctor informing us of my grandmother’s cancer.  Not only did my grandmother have pancreatic cancer, but her life expectancy was only a mere three months!  My grandmother fought those odds by living 6 months after her diagnosis, but that was still way too soon for us.  I thought that since she had survived breast cancer twice, she would win this battle, too.  But pancreatic cancer is a tough match for anyone, and despite her strong desire to live, it was a fight even she couldn’t win.

Want to know more?  The Pancreatic Cancer Action Network is a national organization that raises money for private research and fights for more aggressive federal research funding of medical breakthroughs in prevention, diagnosis and treatment of pancreatic cancer.  In honor of Pancreatic Cancer Awareness Month, donations can be given to this organization here.  You can also visit http://www.pancan.org to find out more information about pancreatic cancer, including how you can get involved in the fight against this dreadful disease.

Had she not developed pancreatic cancer, today would have been my grandmother’s 92nd birthday. Although I firmly believe she’s rejoicing in heaven,  I still can’t help but miss her smile and feel her absence on special occasions.  I never doubted my grandmother’s love for me, and I admire that she never lost her faith in God despite the hard times she experienced in her life.  She strongly believed in reading The Bible and praying for God’s guidance and strength in her life. I feel so honored to follow in her footsteps, and I’m doing all I can to pass on her legacy of love, faith and endurance. That’s why I’m sharing her story with you today. 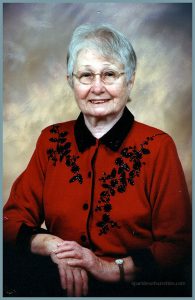 This post is in memory of my grandmother, Nora Lucille Pierce Armstrong, although to me she’ll always be Granny.

“I don’t think of all the misery, but the beauty that still remains.” Anne Frank

Source:  My statistics in this post came from the National Cancer Institute.  Check out their website for additional information.

This website uses cookies to improve your experience while you navigate through the website. Out of these, the cookies that are categorized as necessary are stored on your browser as they are essential for the working of basic functionalities of the website. We also use third-party cookies that help us analyze and understand how you use this website. These cookies will be stored in your browser only with your consent. You also have the option to opt-out of these cookies. But opting out of some of these cookies may affect your browsing experience.
Necessary Always Enabled

Any cookies that may not be particularly necessary for the website to function and is used specifically to collect user personal data via analytics, ads, other embedded contents are termed as non-necessary cookies. It is mandatory to procure user consent prior to running these cookies on your website.